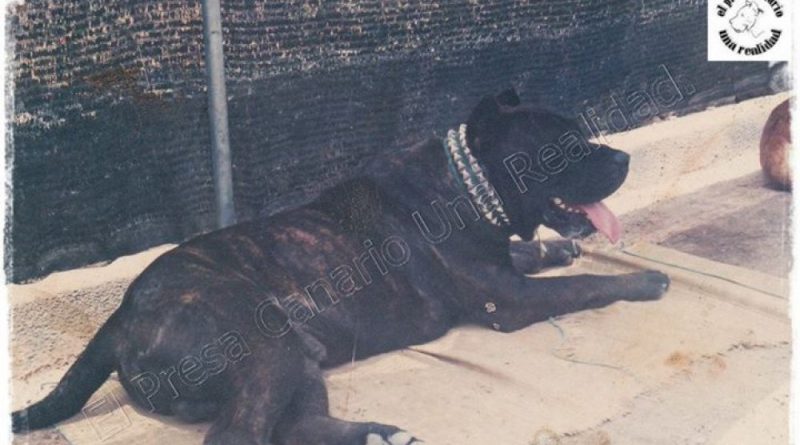 The breed of Presa Canario is not as it seems to most people. This breed needs a lot of help in regards to its FUNCTIONALITY as a working breed. I will share a little personal knowledge that will explain in great detail why I have come to this conclusion.

First lets go over what many people (people of almost working breed) believe to be the correct way to go about creating/founding a working breed. First and foremost the most important aspect of the breed should be FUNCTIONALITY. By this I mean that the dog should be physically sound and possess the correct temperament to perform its prescribed duties. FUNCTIONALITY will also be achieved when the dog has the correct physical morphology, (style, size, etc.) to perform their pre-determined tasks. In the process of creating a truly functional working breed of dog, one must breed for the aforementioned qualities above all others, the process of refining and solidifying the breed is a slow and tedious one, but one that has been achieved by nearly all founders of working breeds.

I say this because in dog breeding and especially in the process of creating breeds, health issues such as HD and hips, as well as temperament issues such as nerves and drives are much more difficult to manipulate than the physical phenotype of the dog, do to a lower heritability rate. Meaning it is much easier to achieve a look that you want as opposed to achieving a truly functional dog, with sound health, and functional temperament. Unfortunately the Presa Canario in my opinion is a working breed, that was not formed as it should have been…in fact I believe it was not truly formed as a working breed at all. Now don’t get me wrong I’m not bagging on the breed itself, just in the way the founders went about it….

A few years back I was in the PCCA (now the DCCA), I was member #4. When I was a member, FCI breed recognition was still a few years away. Anyhow, our club flew in the CEPRC President Antonio Gomez, and a well-respected judge, Augustin Melo Lopez. These gentlemen were brought in to assist American breeders and to offer the opportunity for American Presa Canario breeders/owners to obtain Spanish RSCE papers on their non-registered or unconfirmed dogs. By obtaining these papers the dogs would be included in the genepool of the Official FCI Presa (now Dogo Canario). The alliance between these clubs in my opinion was to monopolize the OFFICIALITY of the breed, even though the registro process was open to all Presa owners, regardless of club affiliation. This planned event appeared to be a great thing to me at first glance and still is thought to have been a great thing by some people, but not me.

A few things I noticed while sitting on the sidelines were these: I saw a dog fail, this was expected since it was a registro process but this dogs daughter passed. The male failed on what in my opinion were minor fancy type issues, and even though the mother was a nontypical color of blue (silver fawn from Deer Run lines), and who was not presented for registro, the offspring that I saw were not very far off from what the Presa should be. This event was disturbing to me due to the fact that lines of these dogs were producing sound healthy dogs, of functional temperament, and were not throwing many of the visible faults of dogs higher up in the pedigree.

I also saw two dogs judged from the same litter, in which one was deemed by the judges to be a typical Presa, and the other was said not to be a Presa Canario. Go figure!

We also held a Temperament Test, that was written by Red Star Kennels, and was considered the official test of the PCCA at that time. I noticed the CEPRC representatives were impressed with the test as they saw the first lot of dogs passing the test. Then when they saw several dogs failing the test, especially dogs directly imported from CEPRC members, it was decided the test was too harsh. They suggested the decoy/agitator should remain a distance away from the tested dogs. This in my opinion was due to the fact that some of the dogs showed well when the aggressor kept his distance, but failed miserably when confronted by the agitator. So it was easy just to change the TT, just as easy as it was to tweak the phenotypical issues of the standard to fit the bulk of CEPRC dogs.

Although the TT was mainly for the PCCA membership and was a great test, it just was not used in the registro process. This process was based solely on the physical phenotype, with no concern given to health or functional temperament.

It is my belief that for the most part this is how the breed itself was formed. I’m not saying all Spanish breeders did this, as I know of some who did test for true functionality. There were several clubs in Spain before the CEPRC took control of the officiality of the breed. These clubs were then forced to accept the CEPRC or they would not receive RSCE papers or FCI recognition. One club that I know of was testing their dogs working ability, and this club was based on mainland Spain. Many American importers got their dogs from
breeders such as these. Many of today’s Presa that are descendents of these early imports are not considered Presa Canario by today’s OFFICIALITY, but are great Presa in my opinion.

Anyone who breeds dogs and knows genetics, knows that complex traits such as HD, health issues and temperament are much harder to breed for than to breed for physical type (Looks).

A working breed should be founded on functional, sound animals possessing physical traits close to what the founders desired. The phenotypical issues are then honed and tweaked by using the genepool created from these sound animals to achieve the so-called end product, which is the consistent desired specific type that is needed for true breed recognition. This process is a lot of work, and the selective breeding that is undergone takes time and diligence.
I personally believe that the Presa Canario breed was created for the most part in a backward fashion. This is a re-created breed for intensive purposes and was created the fast, quick way. This was done in my opinion to achieve FCI recognition and marketability worldwide to the show dog enthusiasts. This is a crying shame, considering the Presa was a longstanding functional working breed, never bred for fancy point issues, a breed that did not ever have a written standard until its so-called recovery.

When at a registro in Ohio, I saw a dog come limping out of a kennel. This dog was purchased from the CEPRC president. The dog was limping due to severe HD, he could hardly move around. I will give credit where its due, the breeder who had purchased the dog did have him neutered. The truly disturbing point was not the fact the dog had HD, but what the reaction was of the CEPRC president when he became aware that the dog had been neutered. He literally turned red and was fuming about this fact. When it was explained to him that the dog had a genetic disease and was neutered because he was not suitable for breeding. He said, and I quote, “Look at that head,
in Spain that dog would be a champion.”

After the show I gave the 3 visiting Spanish CEPRC representatives a ride to their hotel, and we chatted at length about the breed. When I questioned the methodology of the foundation process and expressed a view that recognition should be put off until some type of testing ( X-ray & TT) could be done on the existing gene pool, I received a hearty laugh along with their reply, ” First we fix type, and then we go back and fix hips and temperament.

I knew that this would be difficult to do, and would nearly impossible once recognition occurred and the breeding books were officially closed, as they soon were.

So here’s where we are now, the OFFICIAL books are closed and a lot of great dogs were eliminated from possible use towards improving the breed. I’m certain the Spanish breeders are pulling funny business in the paperwork in order to improve the breed by using some better dogs that may not have been certified at the time of recognition, but this is not a luxury we can use if we would like to be part of the officiality of the breed.

I believe the process used to form the foundation of this breed was a disgrace to the breed’s heritage. It will take a lot of work by conscientious breeders to help turn the breed into something I feel it deserves, based on the history and description of just what is a Presa Canario.

I think it is paramount that breeders at a bare minimum x-ray their breeding stock, and use some form of Temperament Test to help insure the breeds true working ability (guard & catch dogs), while maintaining the other characteristics such as: Confidence, Stability, Structure, Size, and function.
I also believe that breeding for exact phenotype and fancy point issues without regard to temperament will lead to downfall of the breed… 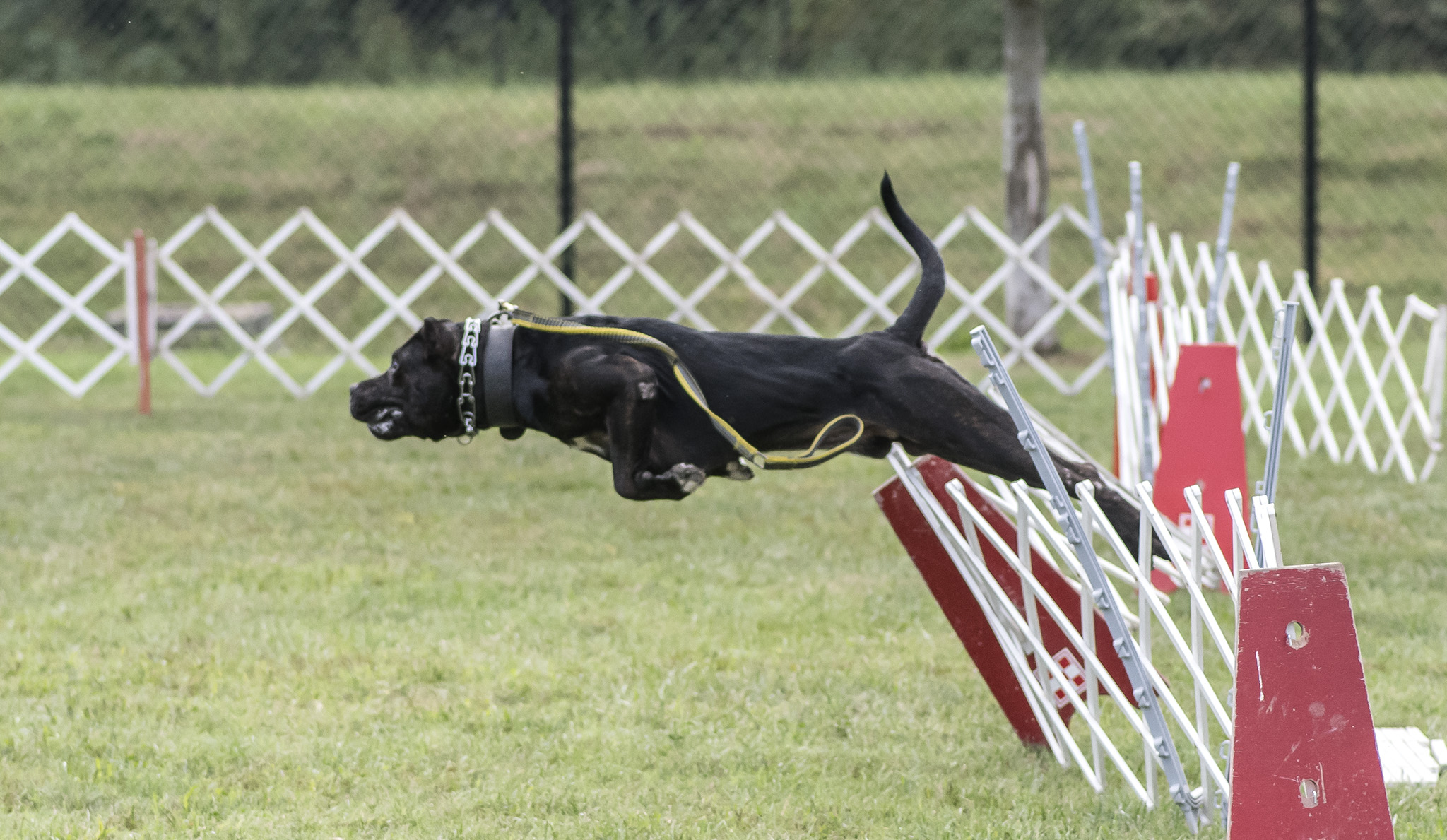 Are Presa Canarios easy to train?