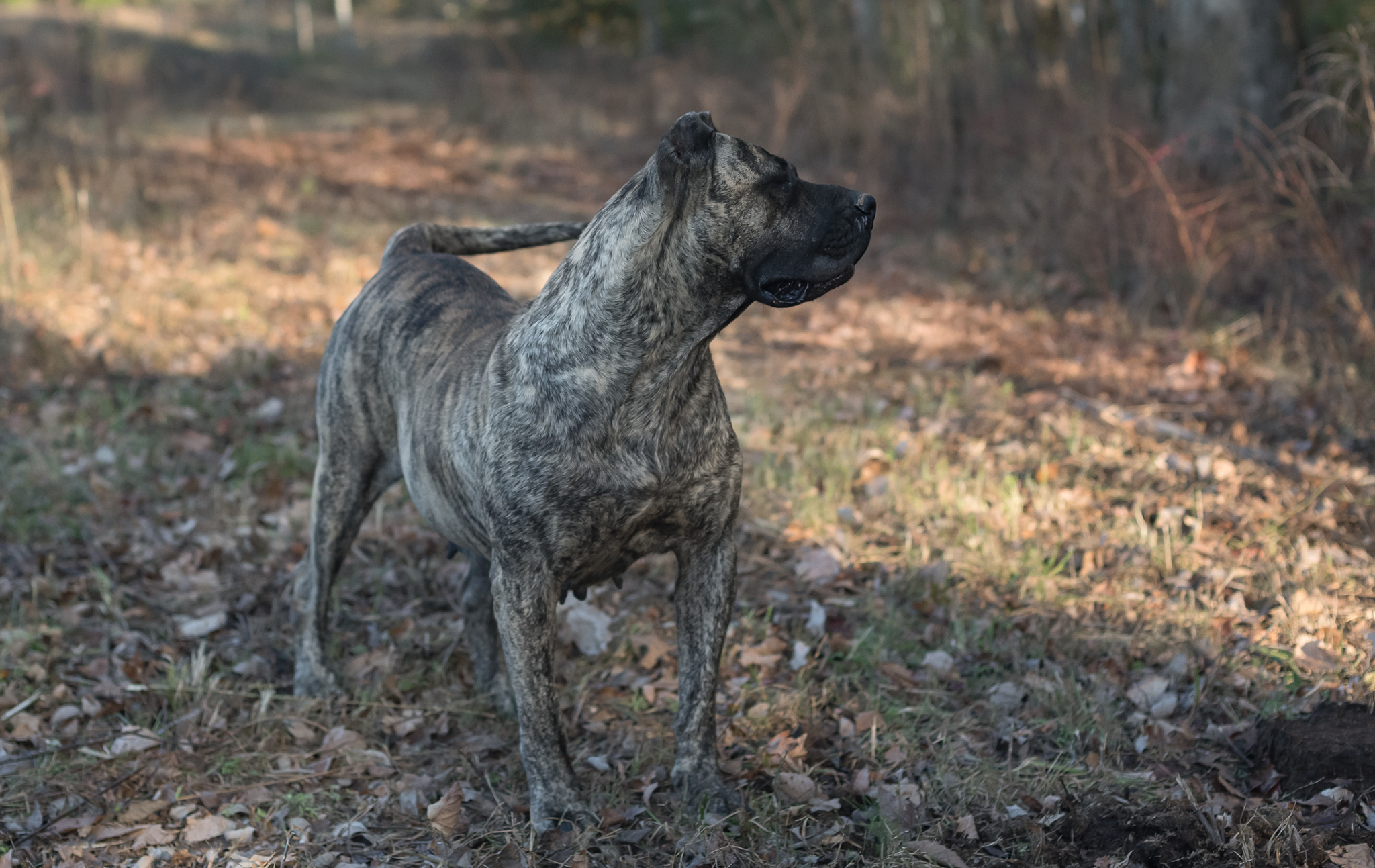 Why is UKC recognition so important? We are all enthusiasts of the Perro de Presa Canario, a breed touted as being created in the 1960’s to 1970’s, having genetic ties to just a few breeding pairs. Many people in the United States have been under the impression that, “There were only a few real presas left, and that a group of dedicated breeders used them to recover the breed.” There is some major POO linked to this belief. The people involved with the Presa Canario in those early days were not worried about anything other than selling dogs. These breeders saw an opportunity to exploit this rare breed and begin to cross Neo’s, Pit bulls & Bulldogs, in various configurations and began selling them as Perro de Presa Canario.

Next a few clubs were formed to provide an air of legitimacy to the scam. We all know the sad results of these early crossings; some of them are still with us and are being promoted as some sort of “Special” working dogs. We have a cancer amongst us, namely, the Dogo Canario Club of America, formerly known as the Presa Canario Club of America.

This group has a sad and dismal record of falsifying documents to obtain “proper” paperwork, breeding and using dogs with known health and temperament issues in their attempt to get show wins. They have lied about the identity and origination of their breeding stock, while failing to give credit to the breeders who created them. They make excuses and discredit people as normal behavior. They make slanderous accusations without providing factual documented proof. They will discredit anybody not affiliated with them. I can provide specific instances of everything I have stated. It is all FACT. They are now attempting to discredit the UKC/Presa database. Tracy Hennings says, “Joe Brown stole the pedigrees from the net and all data is inaccurate. The beautiful thing is there are pedigrees listed of dogs from all over the country, and the only ones reporting discrepancies to date are the moaners and groaners who have tried to sell this country a bag of “Poo” about the, “recovery of an ancient breed.” When you have so many pedigrees from Spain that corroborate one another, you must consider the Spanish breeders are lying or they are in fact true. I have no doubt that many pedigrees are erroneous, back four or five generations. That’s reality. The important thing is to have a starting place where the foggy past emerges to an illuminated future of maintaining accurate records. I believe the formation of the UPPCC along with the UKC recognition will accomplish this goal.

A quote from UPPCC, Secretary, Joseph Brown, “It’s been hard to stay positive these past six months working on the UKC/Presa recognition Program. I see claims from the Dogo board we’re puppy peddlers, “breeding puppies to make more puppies”.

How poften has this happened? Once? Twice? Out of how many litters? 120 plus? Then I check the OFA database and see the breeder who’s repeating this ad nauseam is breeding males at 14 months and getting the OFS results back AFTER the litters are produced. I read that a dog must have FCI papers. Then I learn the dog papers are shuffled through Puerto Rico and there’s no such thing as FCI papers, and it’s a federal crime to falsify the origin of a dog by putting foreign numbers on domestically produced animals. I hear we “choose” not to be confirmed by impartial judges. Yet at one of their PCCA specialties (with their Spanish judges) we learn one of our members own dog took “Best Adult”, and all of the others who showed were confirmed but NEVER received their papers. Then worst of all, I see all over the inter-net that one of our prominent Presa breeders has produced 50 rescue dogs, half being destroyed. Think about it. 50 rescue dogs, 25% of the breeding program. Out of every litter, two rescues with one being destroyed. It’s a bald faced lie and the people spreading this malicious slander on message boards and online articles know it. Where is the proof? Present the names, addresses of the original owners, the date of the rescue, the name and registration number of the rescued dog, name the sire & dam of the rescued dog, present the names of the individuals or groups that provided the rescue, give the location & name of the party giving a home to the 25 rescued dogs and provide documentation as to who was responsible for destroying 25 live animals!!!!

Still as a dedicated group of Presa Canario owners and breeders we now have adopted the most comprehensive constitution and bylaws ever produced by a Presa society. We’ve drafted the most strict and encompassing set of breeder requirements ever put forward to a major registry – the UKC. We have the largest Board of Directors, the most comprehensive Code of Ethics, the support of the oldest and largest Presa registry in the U.S. (NPPCC), and our two founding charter members have between them 75 years of breeding experience, which they’ve shared freely with all of us for the past twelve years.

Despite all this, short of falling on our swords, nothing will please these adverse people. We have chosen to ignore them and accomplish what we’ve set out to do. There’s still a long way to go, but we’ve taken that first step on the journey to achieving our mission, “Recognition of the Presa Canario by the United Kennel Club”. Learn more about our initiatives, visit the