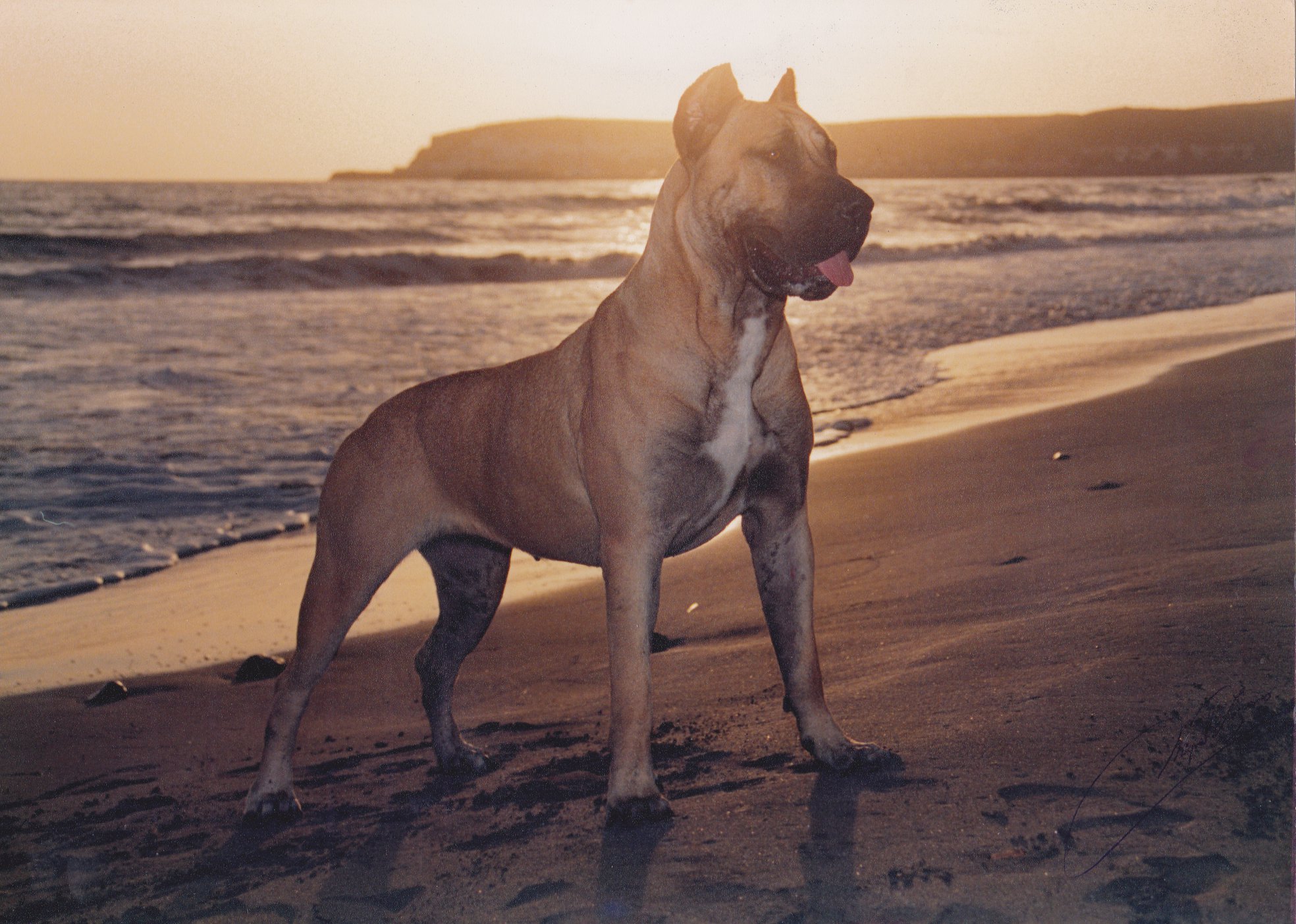 On May 5, 1988, while on the island of La Palma, I saw a Presa Canario for the first time. I vividly remember speaking with the owner about his dog, At that time I had been in the Canary Islands for two months living in Santa Cruz de La Palma. The dog owner, who was born and raised in La Palma, had a banana farm where he told me he had owned Presas for many years. He was not a breeder, just a very happy Presa owner. I was impressed at how his two Presas were so gentle with his family, and with us once we were properly introduced.

On that day, I decided I would spend the next 15 months researching the breed, going to Presa Canario dog shows, and meeting breeders in order to find the perfect companion to bring home to the United States. During the next 15 months I lived on the following islands: La Palma, Lanzarote, Tenerife, Gran Canaria. On every Island I made a point of looking up breeders and getting to know their dogs.

During the end of my time in Las Islas Canarias I lived in Las Palmas del Gran Canaria. While there I attended numerous shows and got acquainted with various breeders. One breeder, Julián Celis Sanchez, produced constant show winners. That year, 1989, Julian’s prize dog, Rocote del Jardin Canario, won best of breed at a Presa only show held in Las Palmas. I was present at the show and was amazed by Rocote’s physical beauty, presence, and composure.

The show was amazing. Watching hundreds of Presa’s under the same roof was a memorable experience to say the least. There were Presa’s from all islands present and all top breeders were there. In the final round, the top two Presa’s were presented face-to-face in the center of the floor. After a few seconds the other Presa – also an amazingly beautiful dog – got tired of looking into Rocote’s eyes and became aggressive. He retreated quickly once his handler caught his attention. It was a fantastic event.

Following the show I went to visit Julián’s facilities and to see all his dogs. There was a litter scheduled from one of his top bitches that fit right in with my departure to the United States. My new companion, Toņo Del Jardín Canario, was a hit all the way to the United States.

A friend of mine, Travis White, purchased a beautiful female Presa from Julián that was born a few months before Toņo. Travis left for the US with Princesa in May of 1989 and I left with Toņo in July of 1989.

Toņo was an amazing animal. As I am an excursive fanatic, Toņo kept in top shape. Toņo and I ran daily for his entire life. Even at the age of 12, he and I would run over 10 miles without any complaints from him. While training for marathons with me, Toņo would run up to 20 miles – in the mountains of Utah and on the beaches of Miami. Toņo could clear a 6-foot fence and take a roller blader for the ride of their life (rolling blading behind Toņo was more like water skiing).

While running with Toņo was fantastic, the attention he would get EVERYTIME we left the house made it hard to run without constantly stopping to talk to admirers. Toņo left a memorable impression on me and everyone that had the privilege of knowing him… 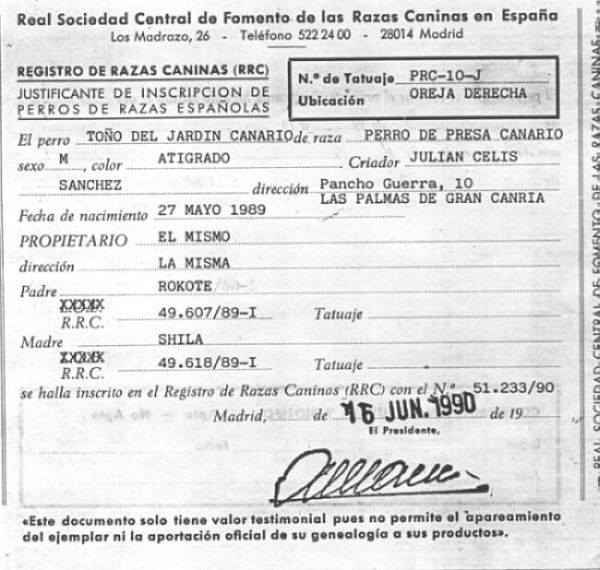 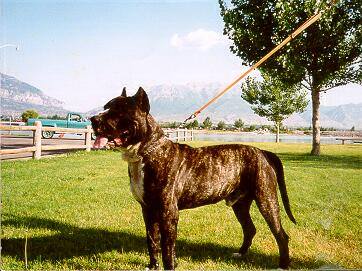 Some news on the web