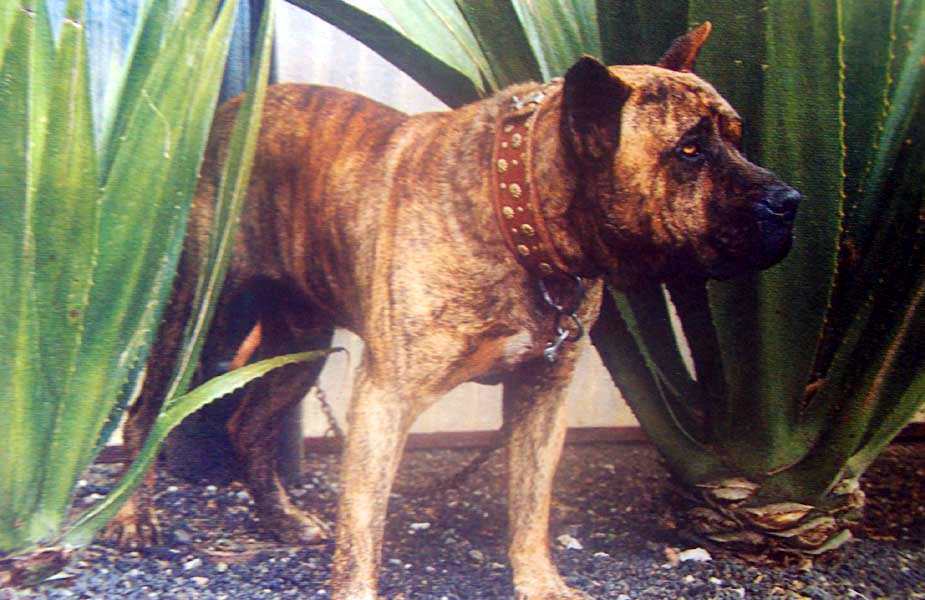 Between 1960 and 1970, the survival of the Perro de Presa in the Canaries was in the hands of a few breeders. It’s on the island of Gran Canaria where we could find the main center of existing population.

We know of many isolated specimens from different parts of the island and from Tenerife. They were the inheritance of past decades, when the practice of dog fighting stimulated the breeding of this dog. In the 20s, 30s and 40s many legendary names were born, for better or for worse, from among the dogs and from among the men who lived intensively through this sport.

Independently from other groups, the stock of Juan Santana Álamo, for many years, reached a great degree of genetic purity. The dogs bred by Mr. Santana Álamo, within the fawn and brindle coats, not only were all one could wish for in a Perro de Presa, but also had the mark, the style, of their breeder.

Don Juan Santana, born in 1928 in Arucas, in the north of the island of Gran Canaria, where he still lives today, has always lived among Perros de Presa.

His first contact with this dog was around the end of the 1930s, and he remembers it as a rather short dog, with a brindle coat and cropped ears.

From his memories of past decades, he affirms that the dog was not at all tall, but short and wide, with well developed chest, massive head and sometimes showing dewclaws.

As a result of his enthusiasm and devotion for the Presa Canario, he started breeding when he was still very young, and he has always been in favor of inbreeding or endogamous or consanguineous crosses until the third generation, introducing a new bloodline thereafter.

From years gone by he recalls the Perros de Pastores or Perros de la Tierra, an animal with obvious traces of the Majorero, with its brindle or fawn coat, and the English dogs, in particular the bulldog, which were imported by families in Gran Canaria to liven the blood of the Perro de Presa.

He still remembers a male called “Caballero”, who turned out to be a magnificent sire and who fathered specimens as important as “Guanche” in the 1970s.

The bloodline created by Juan Santana Álamo, when there was still no breed standard, was that of a long-bodied animal, low set, of wide and deap chest and with a not too massive, but well proportioned head, unpronounced stop and even tempered. This bloodline, which was undoubtedly the most important of the 70s, greatly influenced the development of the breed in Gran Canaria and in Tenerife. Likewise, in the same decade, specimens of more questionable breeding, but no less legendary, such as “Berry”, sired by “Way” and owned by Luis Van Hichot, “Zorba”, descendent of “Berry” and “Tinto”, of another bloodline, black-coated and bred by veteran breeder Demetrio Trujillo, all influenced the breed with various degrees of success. Of all of them, it was the line of “Tinto” that was the most remarkable and that left the greatest mark on the breed.

On the island of Tenerife, around the 1970s, the population was also very isolated, although, perhaps owing to close connections with Gran Canaria or to similarities in the ideas behind breeding, there were some specimens morphologically similar to those of Santana Álamo, but more modest.

In 1974, the bitch “Barde”, from Llano del Moro and owned by José Manuel Teixeira, was breed with a dog “Manolo”, bred by Silverio Mesa, and a large litter was born, one of which was “Taoro”, who became an archetypal specimen of those years. In 1976, the same dog breed a brindle-coated bitch belonging to Juan Quevedo Martinón, called “Gara”. “Drago” was born, owned by Dr. Murube del Castillo, and started a new bloodline with “Mora”, who came, in part, from the Santana Álamo line.

Later, Juan Quevedo Martinón introduced “Felo”, brought from Gran Canaria, who, when crossed with the “Drago” line, marked the start of the revival of the breed in Tenerife.

In 1980 sandy-coated “Porky” was born, son of  “Mahan” a brindle male and a fawn female “Turca”, who spent his first year of life as a shepherd, but its second year and the following nine years as the guard dog of a workshop, work that was carried out with great efficiency. It was of strong build, severe animal, but even-tempered, and had a long and remarkable line of descendants – he added the sandy color and was generally responsible for the spread of this color among the current population in Tenerife. 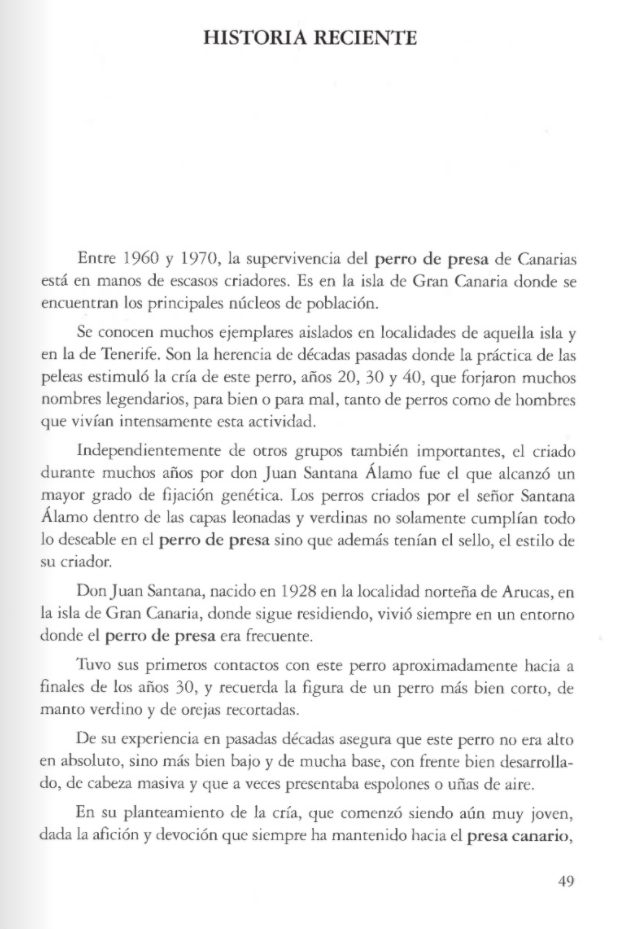 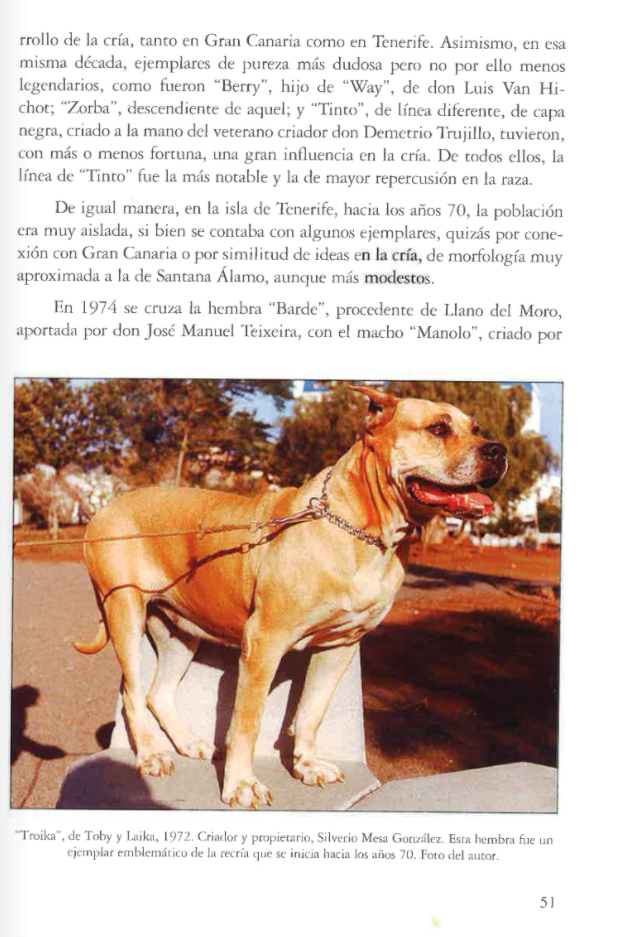 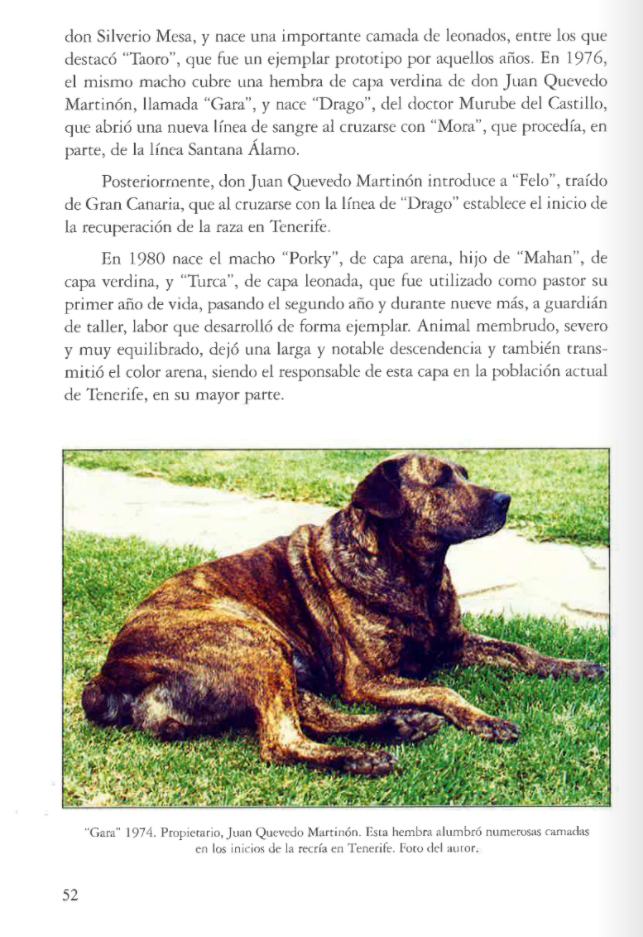 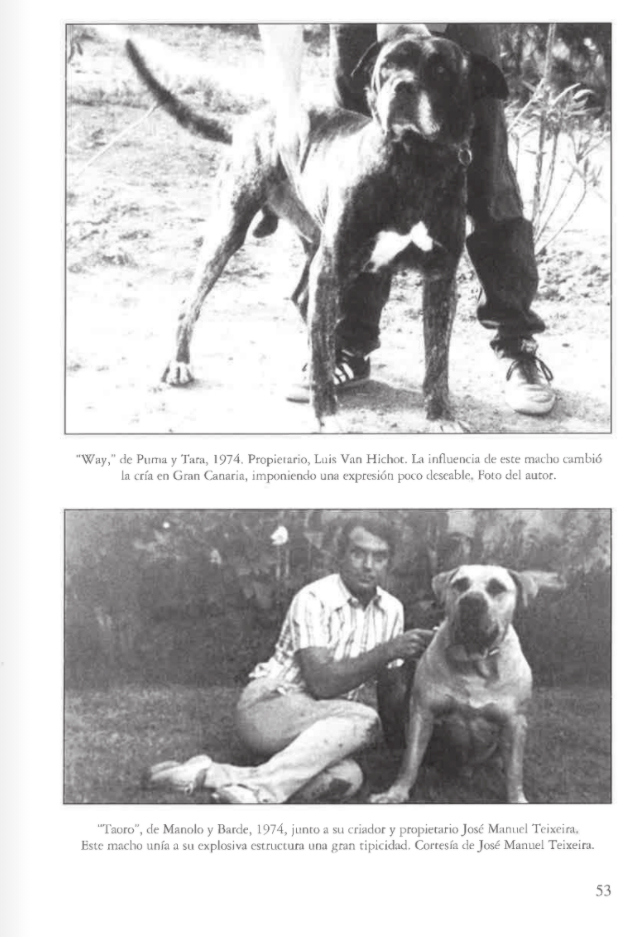 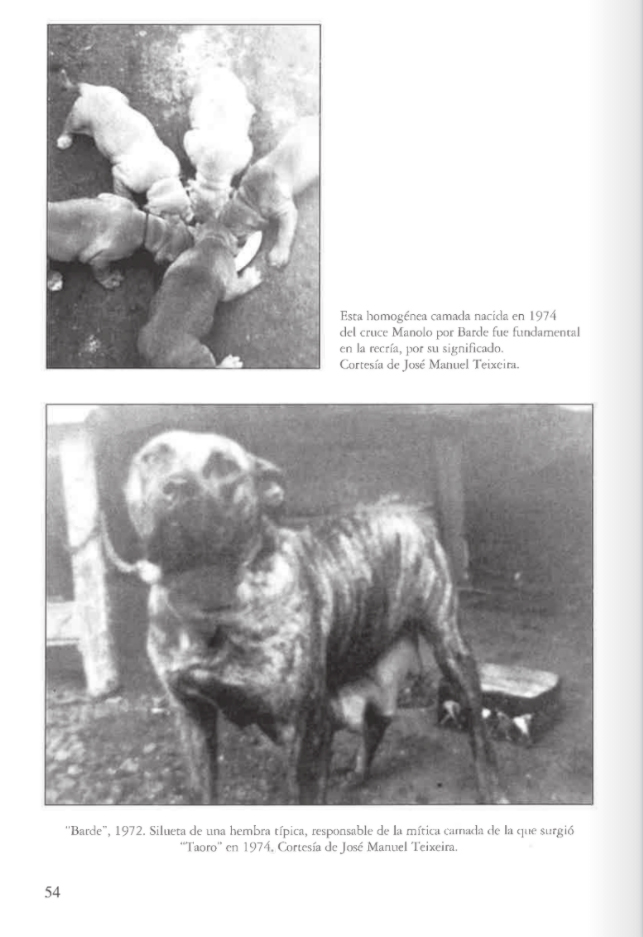 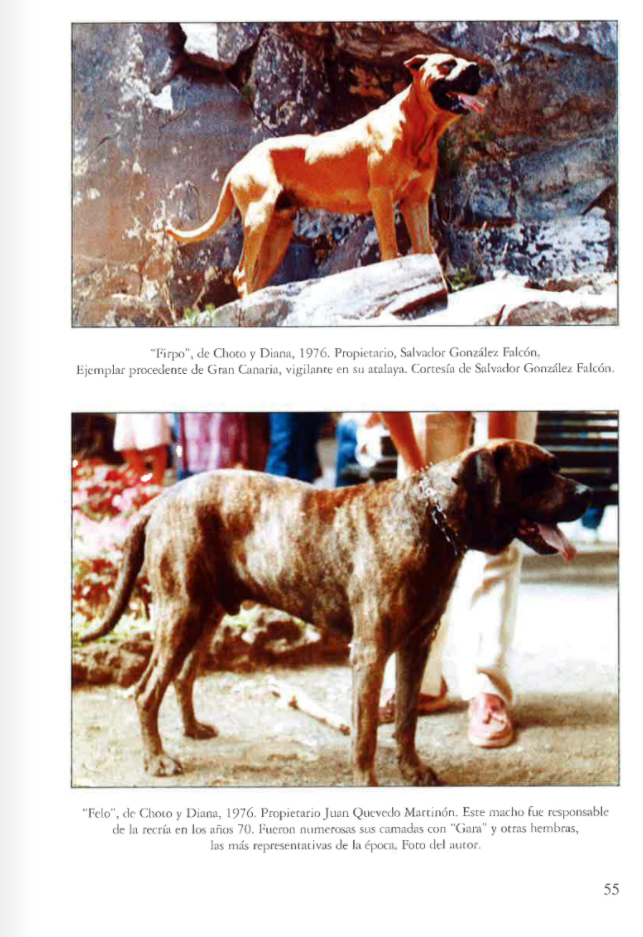 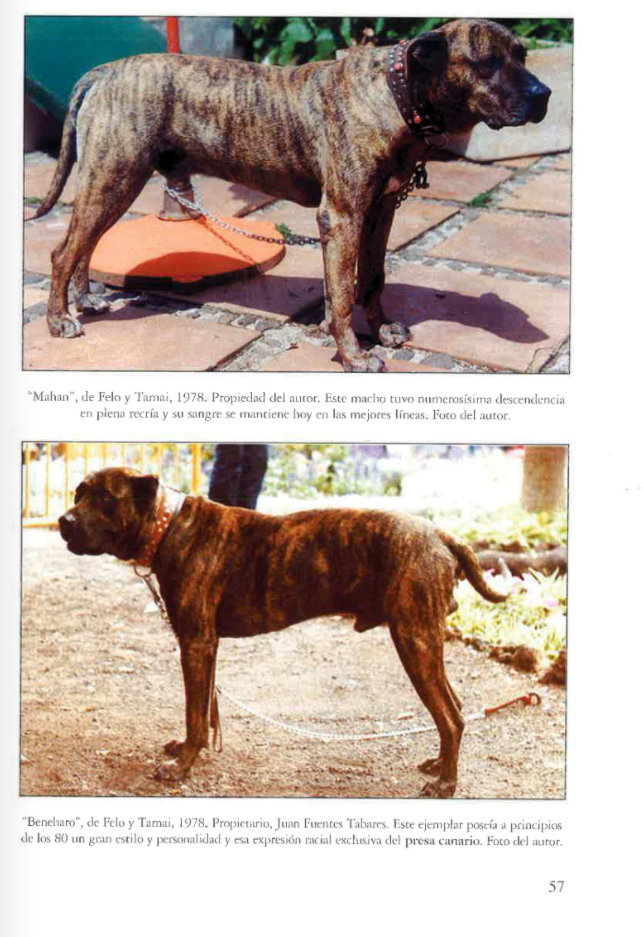 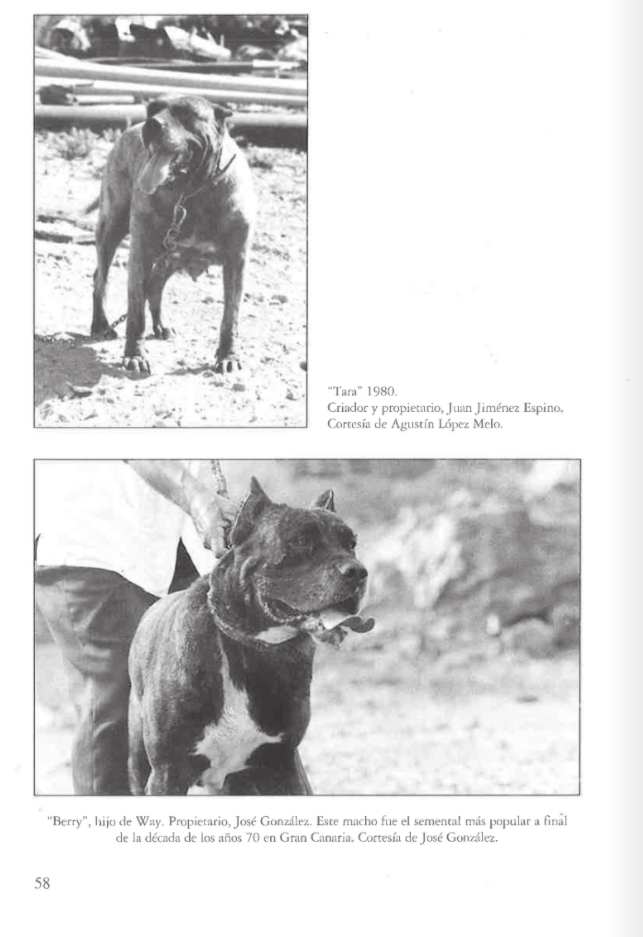 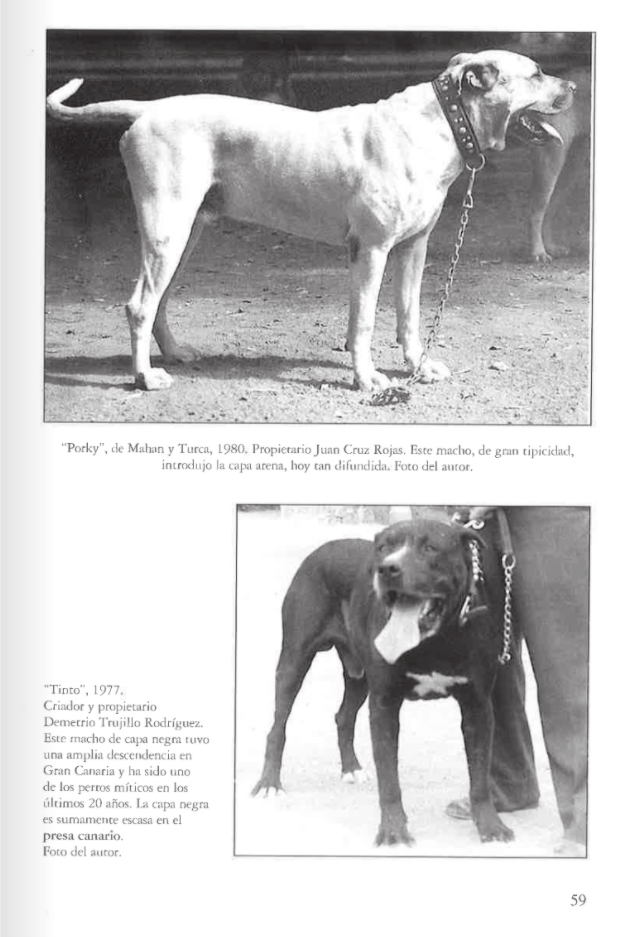 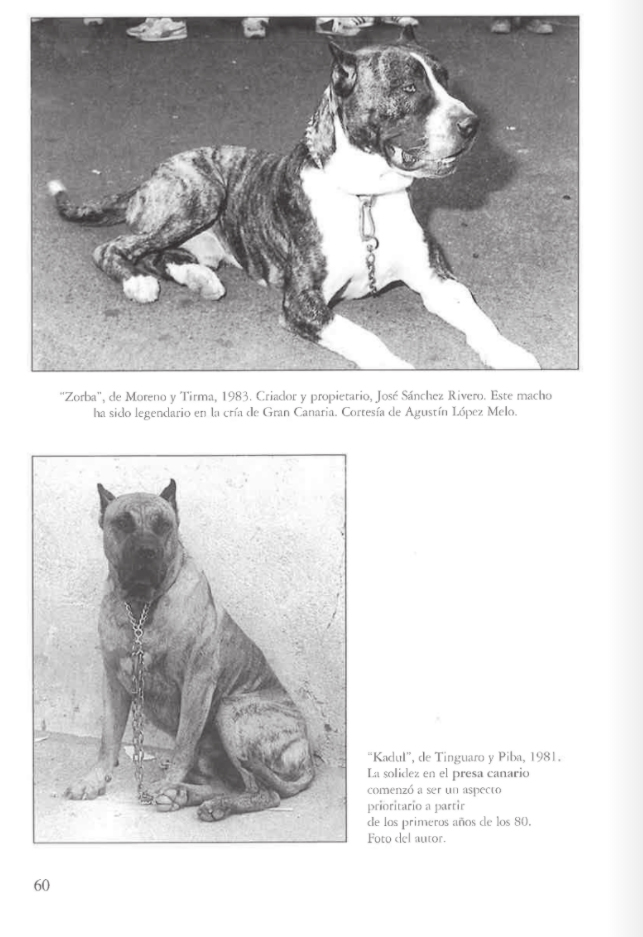 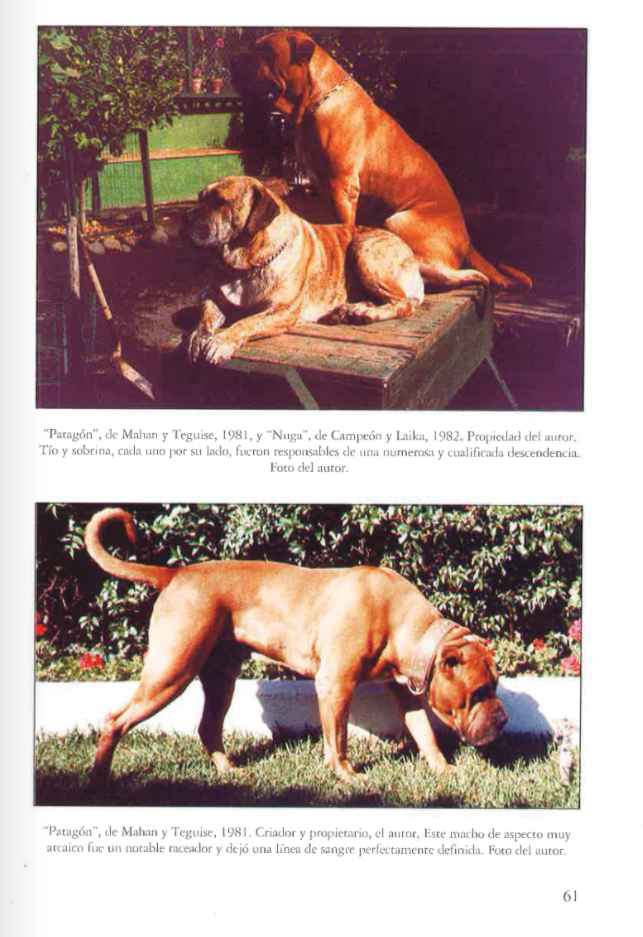 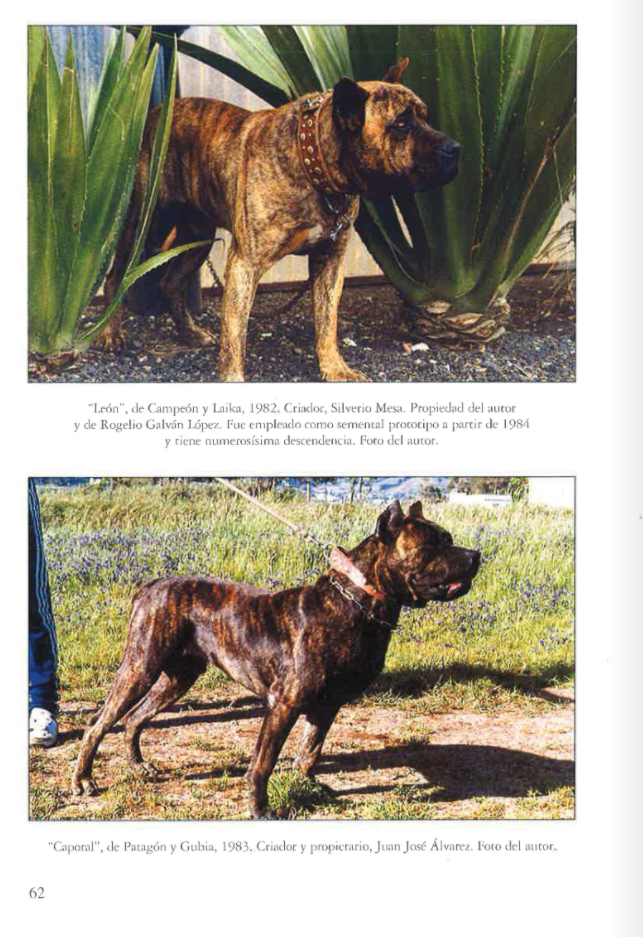 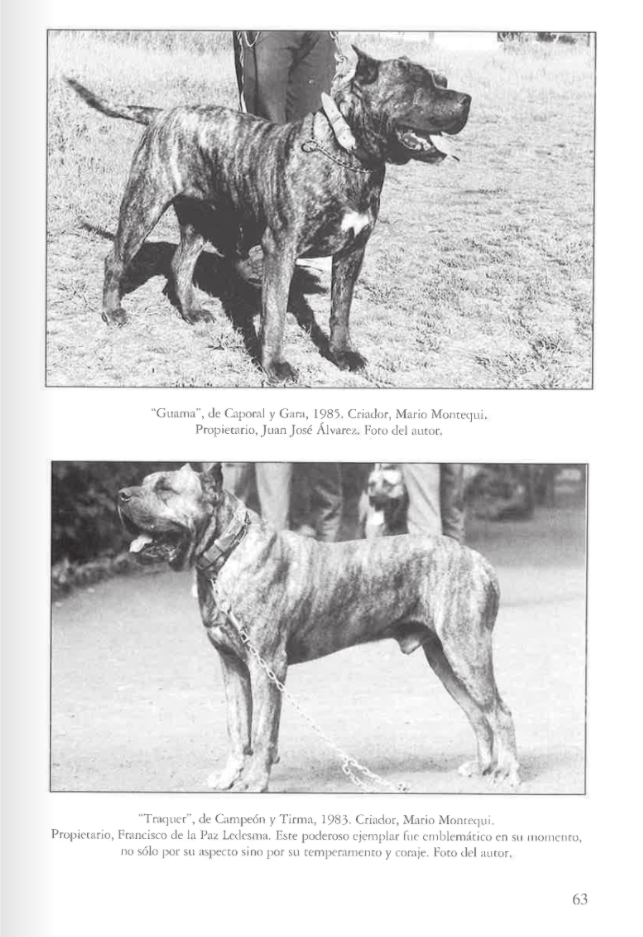 When your pet falls asleep on you…