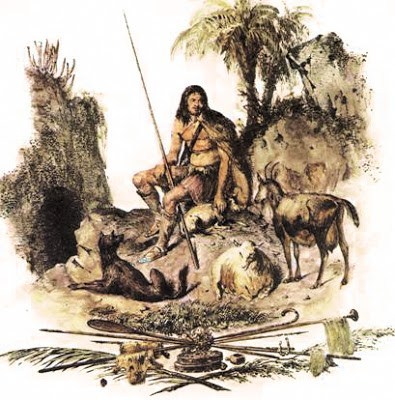 The domestic animals in the Canarian Archipelago before it was conquered by the Castilian Crown, were part of the aboriginal culture of the inhabitants of the islands.  The dog was part of that culture and had many functions.  They were used to watch over and heard goats and sheep, which were an important part of the economy for the natives: they were also used as a defense against the many raids made by invading forces: to guard property: or consumed as food, in many cases: and were a mythic and religious symbol.  For a mainly pastoral people, as were the natives of the islands, the dog was a fundamental element in the economy.

There are a number of references to the dog, and to the goat, the pig and the sheep in popular folklore and in the writings of various authors mentioning the small, wild dogs, wolf-like in appearance, “but smaller”, which were very primitive and lives with the natives.

Although there are few descriptions of its appearance, there are references to this primitive dog describing it as a medium-sized animal of some similarity to the Australian Dingo and to others, also medium-sized, but of better build and wider forehead.

Various authors reach the conclusion that there were two types of dog which were different, especially in size: on was small or stocky and the other was bigger in size and had a wider head.

The invaders and conquerors that came successively to the islands found the native dogs to be ardent, brave animals of great stamina.

The many lines of argumentation regarding the dogs in the Canaries, some more plausible than others, are positive in that the very existence of the dogs is unquestionable that is, that there really were dogs in the islands, and that these were the basis of the crossbreeding which start later with the introduction of different breeds by the Spanish colonizers.

We can say that the most valuable historical reference is that made by F.E. Zeuner in his work “Some Domesticated Animals from the Prehistoric Site of Guayadeque, Gran Canaria”, when he refers to a medium-sized animal, with a wider head, which brings to mind something molosser in appearance ad, in a way, a “gripping” type of dog.

According to the record of the time, in the centuries following the conquest of the Canaries, and in particular the XVI and XVII, various breeds of dog, gun dogs, bulldogs and sheepdogs, were, of course, brought into the islands along with other domesticated animals.

The references in these records are of great value; although they do not describe the morphology of the dog, they do name each dog in accordance with it’s function: dogs used for hunting; to watch and herd livestock and as guard dogs – specifying in these cases their condition as “gripping or seizing dogs”, which proves their existence indisputably since the times of the conquest.

So, we think it a good idea to include some of those references, showing the existence of animals with characteristics like those of the “Dogo”, probably the result of the aforementioned crossbreeding; i.e. the prehispanic dog crossed with the dog introduced by the new colonizers of the archipelago. 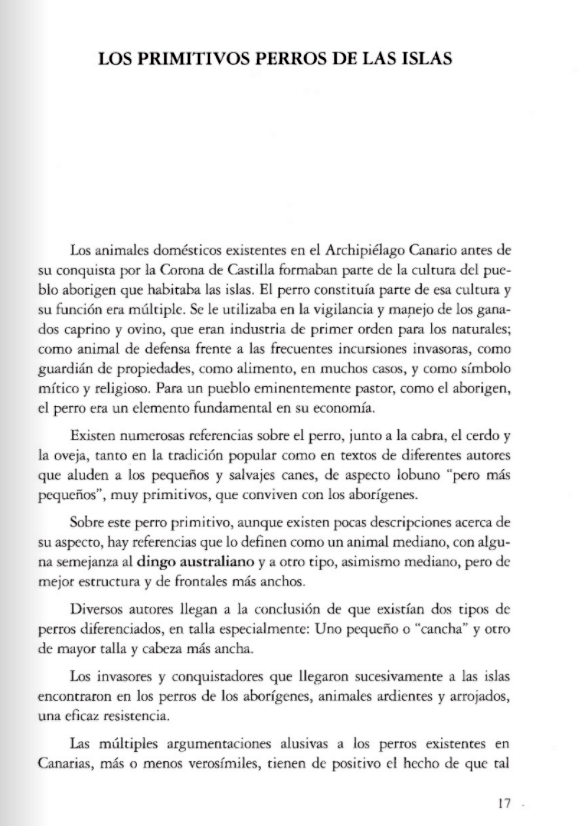 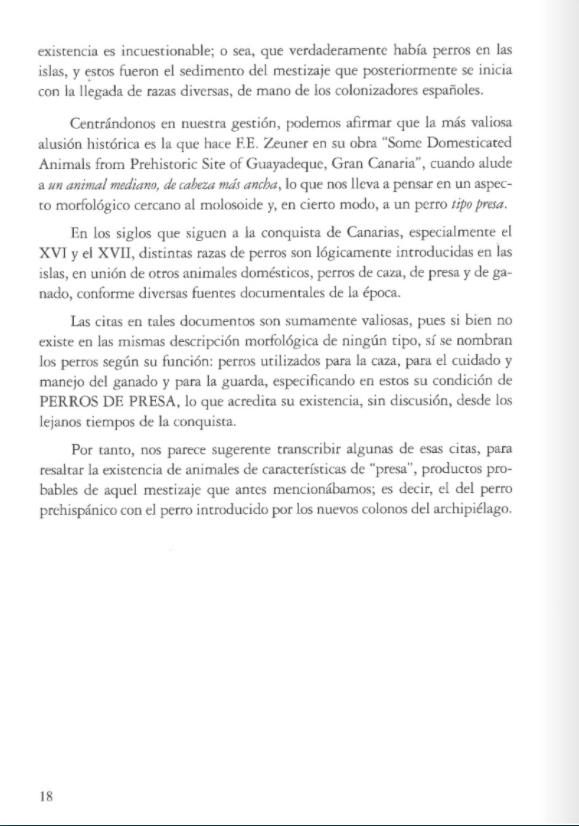 Kingo 3 years with us!