From the early years of this century we have had graphic documents, which show, for the first time, the existence of the Perro de Presa in the Canaries.

Some of these old photographs, which we have been able to include in this book, show dogs that lived in the first half of the century, i.e. before the almost total extinction and later recovery of the breed. Well, in all of these photographs we can see animals with a common genetic background, although they are morphologically different. They are all the product of the foundations laid in the previous century, especially of the breeding and crossbreeding described in the previous chapter; i.e. the Canarian dogs of Presa type with the Majoreros, and the product of this cross, known as the Perro de la Tierra, with the English bull and terrier dogs, product of the Old Bulldog and its variations.

This blend had beneficial consequences for the morphological-structural aspects of the Perro de Presa and improved its condition as such. However, as there was no clear concept of the breed, people were only concerned with its functional qualities and so, there was not enough genetic control and the appearance of the population became heterogeneous in time.

We came across specimens that were very Bull in appearance, compact, masive, short in the face and whose coats often have large areas of white. Others are longer in the body, slimmer, with more of the “majorero” in them, emphasized by the striped brindle coats across the range, longer, more wiry and rougher hair. Still others, with less genetic variability, where both bloodlines are equally represented, producing medium sized specimens, which are large, but not excessively so, longer in the body, and often brindle coated (verdino), but with white paws (calzados) and collars (acollarados).

Naturally, this blend of breeds has made its mark on the personality and character of the dogs, and the Perro de Presa is not only splendidly equipped for fighting and baiting, but also has all the requirements, as a cattle dog, to drive and work cattle and, of course, as a guard dog in all kinds of security and protection work.

In the first thirty years or so of this century, dog fighting was legal in this country and was very common practice in the islands, but once forbidden, as a result of the Spanish Civil War in 1936, they became even more popular, albeit clandestinely, and this prohibition caused the population of the Perros de Presa dog to fall drastically.

The fights took place in the country or in urban areas of very low cultural level, and never matched the more sporting or sophisticated events brought to the islands by the English. However, they were not dark, murky spectacles, despite being hard, nor were they sinister or malicious on account of the betting, which was really almost non-existent.

The build of its adversaries contributed a great deal to this reduced situation. The Perro de Presa of the Canary Islands is a multifunctional dog, it is not essentially a “gladiator”; i.e. the bull instinct of its ancestors, that made the dogs fight to the very end, is not so deeply etched on its genes. The Presa Canario always tries to get a good grip with the bite and will try to improve it and hold tight for a long time, which reminds us of the old bulldog. This is why the English crossed this dog with the terrier to achieve combats with more action, more blood and which would last longer.

However, it was in the first half of this century when the Presa Canario became really popular, when its prestige as a dog of great courage crossed our frontiers as a result of the trend in the Canaries to emigrate, especially to South America.

A clear example of this influence can be seen in the dog used by the Nores Martínez brothers as the base of the Dogo Argentino. We are talking about the old Cordoba fighting dog (Perro de Pelea Cordobes). At the same time, the exportation of specimens to mainland Spain to take part in hunts, as a gripping dog, also added to its prestige.

For all of these reasons, we can affirm that, for cynology enthusiasts, the existence of the Perro de Presa from Canaries was always clear. It was, perhaps, shrouded in a certain air of myth, as the exploits of the ardent Perros de Presa from the Canary Islands, in catching and in fighting, created an aura of legend. Dog fighting was what always came to the minds of enthusiasts whenever the Presa Canario came up in conversation, even when the enthusiast did not really know anything about the dogs or the geographical location of the archipelago. 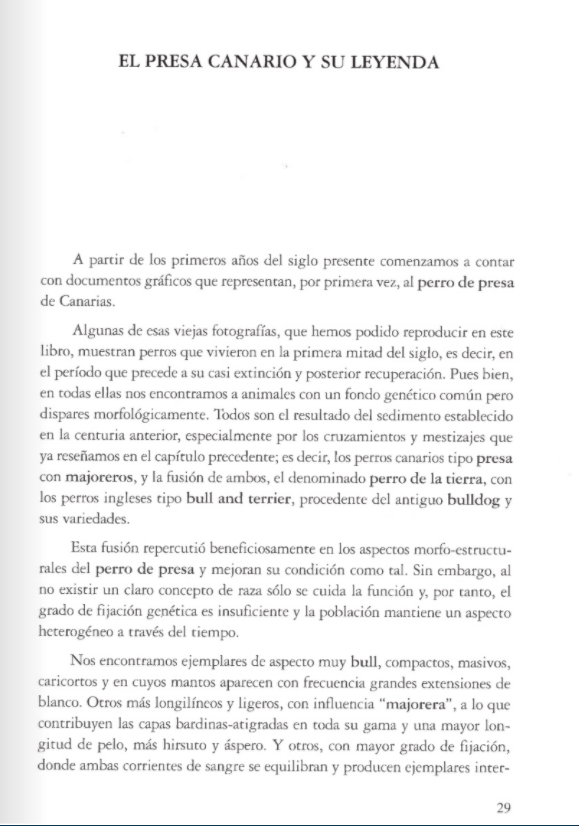 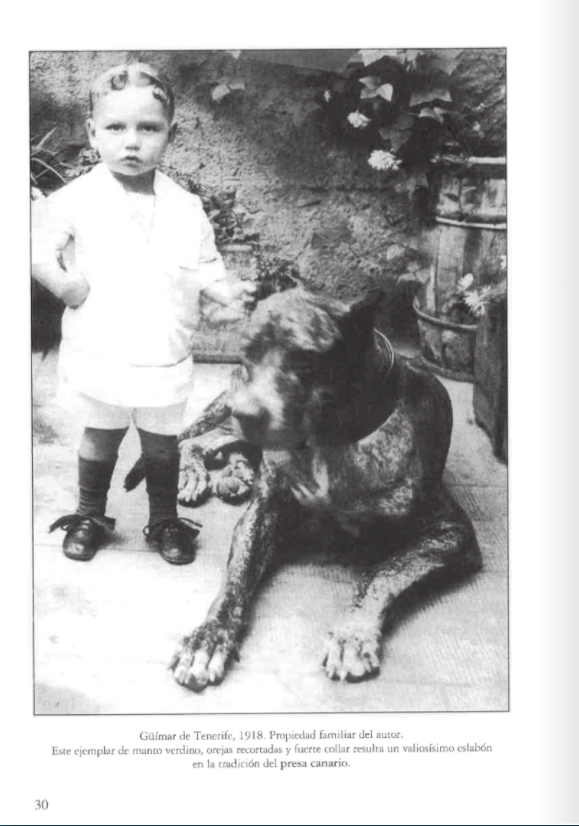 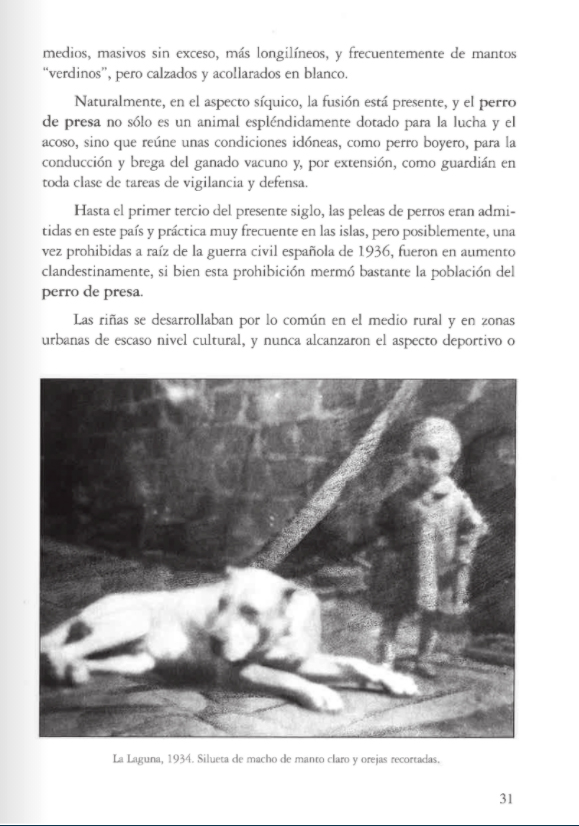 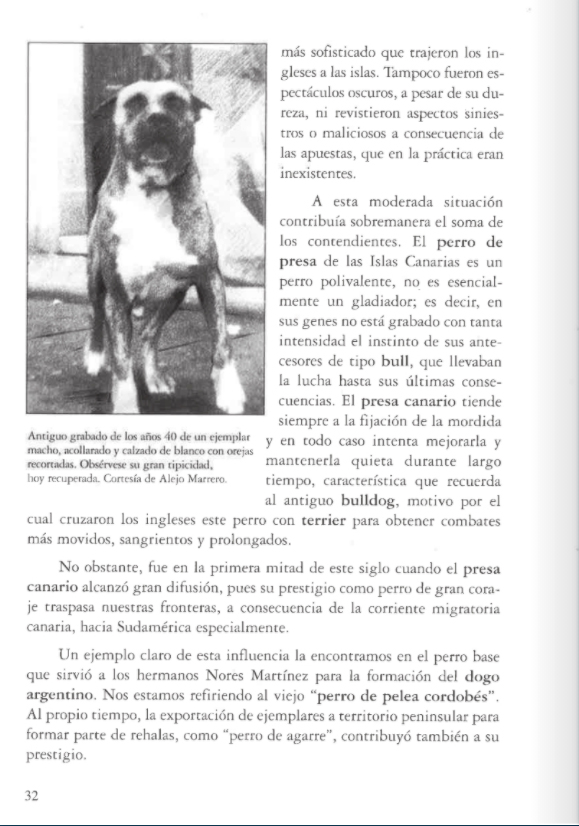 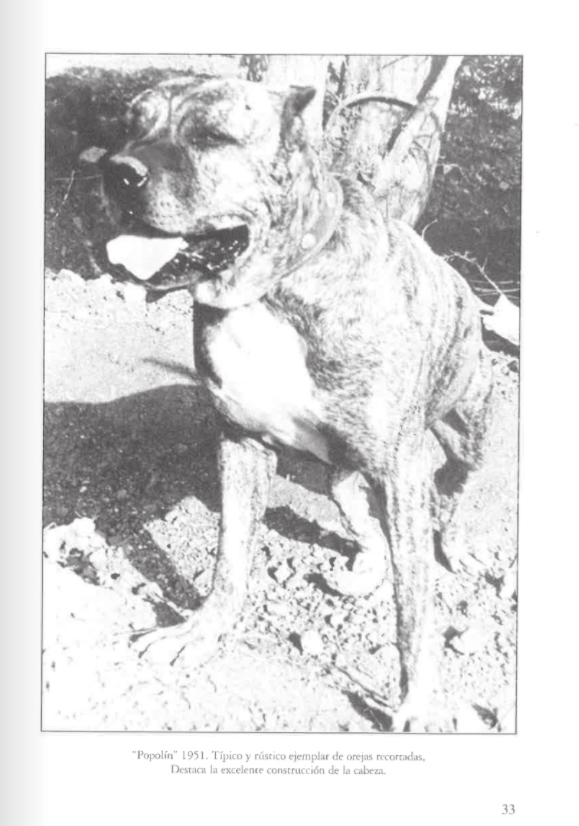 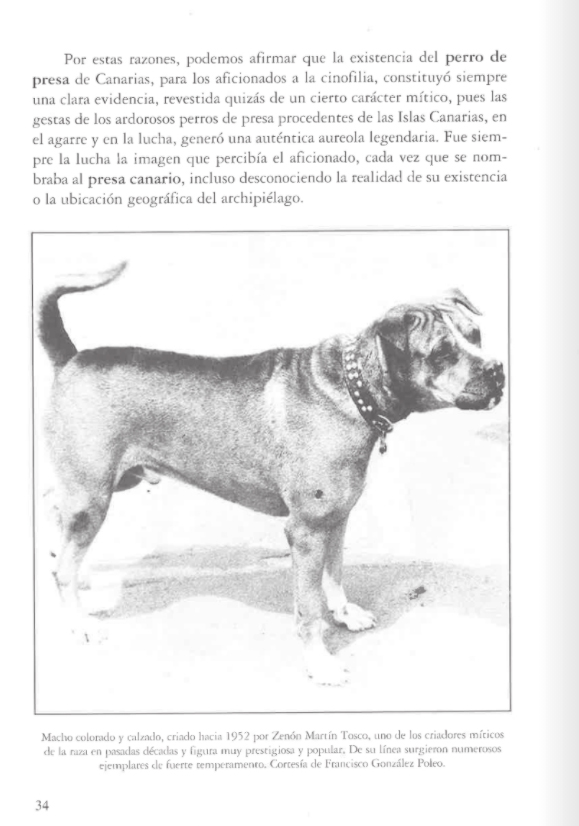 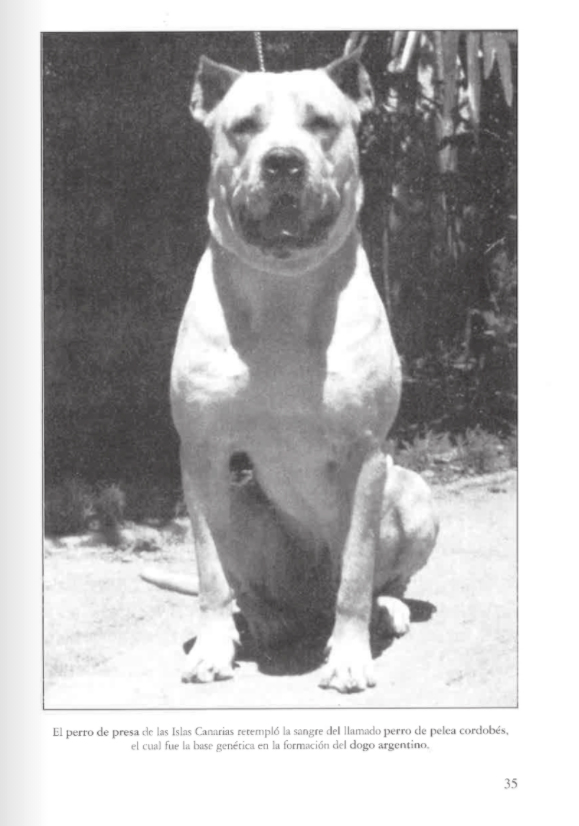 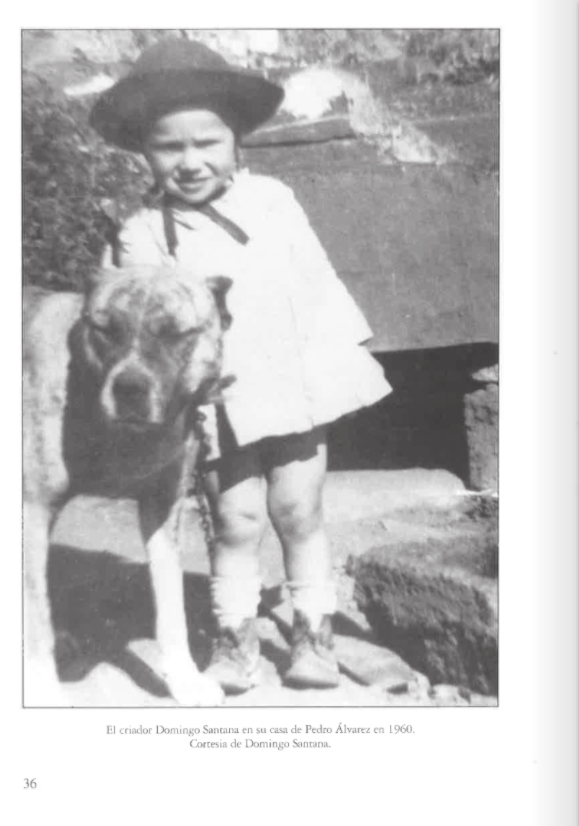 View thorough the window in the morning