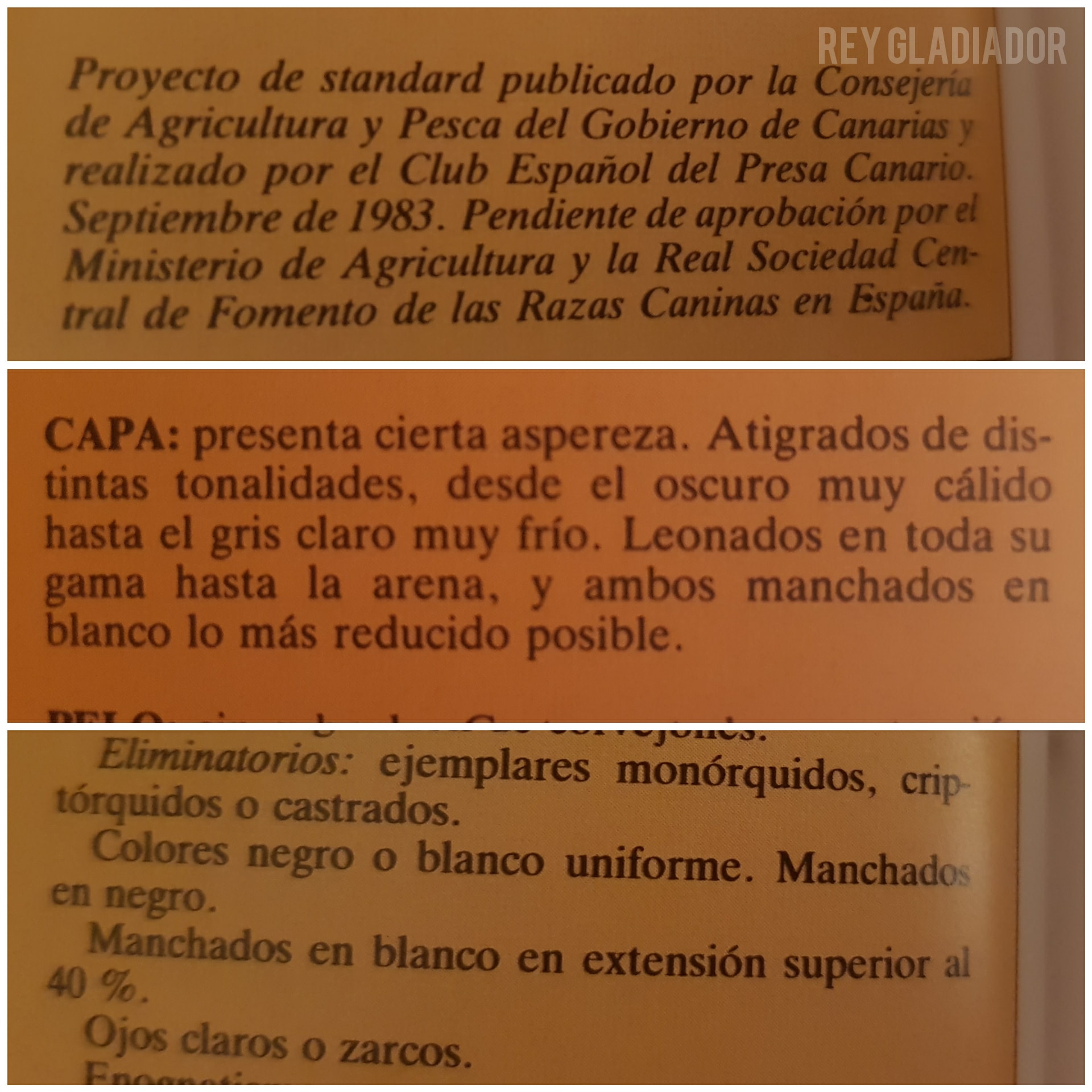 Quick note: Recently Club and RSCE posted proposal of bringing black colour back to the breed standard (FCI) and it made some confusion. The colour was coming and going all the time and was matter of some disagreements from the very first day breed standard was talked about

People are discussing now how come breed standard can change… and if the breed standard didn’t have some colour how can it have it back? Well easily. Because when it existed somewhere on the outskirts of the breed (exactly like with many other breeds having some prefered colours in standard but also some not accepted but still in existence). People forget that the 1989 standard was created (with pressures for opposition) by the Club Espanol del PResa Canario, same one that under new name of Dogo Canario made he later and present changes too. The first RSCE standard is also not the first project of standard used. Here you see a one from 1983… years before the widely liked 1989 and it accepted colours brindle, fawn and white markings reduced as possible. Solid black, solid white, spotted with black and markings bigger than 40% were eliminatory fault. Standards change with knowledge, are adjusted to the breed and it’s current situation, are being made more specific. There are also different views and interests with some changes, people have different dream visions of the breed some rustic some extremely exaggerated. No one holds the final truth also. So when asking where will black dogs come from? Probably from same place they did than… standard wanted to push them out, than accepted them again, than pushed them out and now is accepting them again. Should be a good day, like a cause so many were fighting for was won

On earlier note: “One of the points of big argument that is as old as modern history of Presa Canario and one of the points of arguments of why Presa and Dogo should be two different breeds – colour black. In 1985 breed wasn’t recognised yet by RSCE but had it’s breeders and club working hard for the recognition of Perro de Presa Canario that happens in 1989. Here is part of project of breed standard from 1983 approved by Consejeria de Agricultura y Pesca del Gobierno de Canarias.

It highlights as accepted colours brindle and fawn and asking for reduction of white markings as much as possible.

As eliminating faults it points at dogs totally black or white or this white white markings covering more than 40% of body.

Just one of the interesting notes from history”