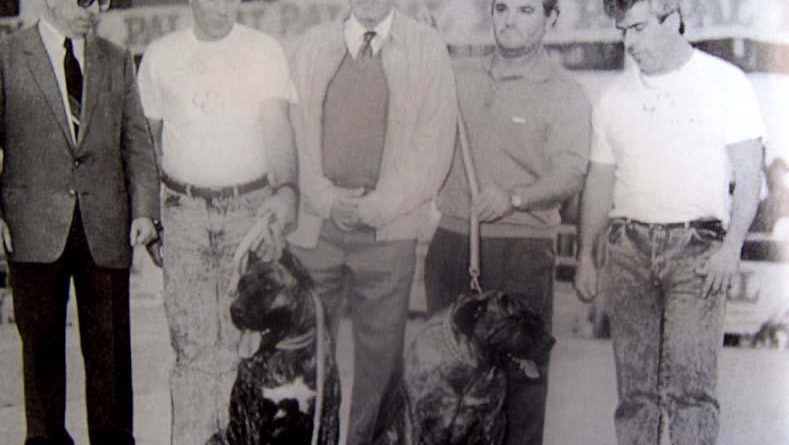 The presence of the Presa Canario is made each time more evident in the islands in 1970. This dog that in the previous decade was relegated in small numbers to the farmer and herdsman, began to be adopted as a guard dog in the urban areas which permited its entrance into other social mediums and its rapid diffusion.

In the year 1982, a group of breeders from the island of Tenerife, responsible for the major part of the population of that time, decided to work as a team, forming an association with the goal of carrying foreward the recovery of the Presa Canario breed already started in the previous decade, in a labor of respectful repasturing with tradition that they submit to a program of selection governed by a standard that completed the view of the geographical and historical data, the oral information of the old breeders and the population of Preeas most representative at the present time.

The Spanish Club of Presa Canario was formed with this purpose, duly authorized by the RSCFRCE that initiated from that moment an unending labor of diffusion of the Presa Canario by all means especially through popular shows.

They were diligent and got from the RSCFRCE in colaboration with the Council of Agriculture of the government of the Canaries, the celebration of the First Regional Show of Presa Canario dogs on the 19th of October in 1986 in Santa Cruz of Tenerife. They catalogued for this First Regional Show 150 Specimen and made reports of the same by the Commission of Spasnish Breeds containing their morphological characteristicss and character.

With the goal of studying in large number the population of existing Presa in the neighboring province of the Palmas, the Spanish Club of Presa Canario organized on the 6th of June of 1987, the Second Regional Show of the Presa Canario in the locality of Guia of Grand Canary. There were assembled eighty reports on the specimen presented that condensed mainly the population of the Grand Canary localities of Guia, Galda, Arucas, Firgas and others.

The two Regional Shows were celebrated with the goal of studying the existent population for the Commission of Spanish Breeds. For the future compilement of a breeding standard, the Royal Central Society sought the presence of two specimen in Madrid, one from each Canary province to be presented officially at the International Exposition in the fall of 1987.

The official presentation of the Presa Canario was made on November 1, 1987. For this were sent to Madrid the male “Faycan” from the breeder D. Mario Montequi and the female “Marguesa” from las Palmas, of the breeder D. Eugenio Estevez, receiving complete acceptance on the part of the Spanish fans present at the event.

Through the related documents the Commission of Spanish Breeds collected sufficient documentation for the appointment of a breeding director who fixed the physical-phychic characteristics of the Presa Canario. The said labor required a long gestation and culminated with the approbation and confirmation of the official standard of the breed, which was communicated to the Club on the 24th of January of 1989 with which the Perro de Presa in the Canary Islands perpetuates its existence. 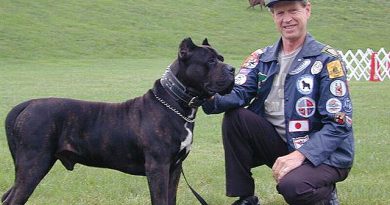 A Brief History of the Perro de Presa Canario – by Richard Kelly, 2002 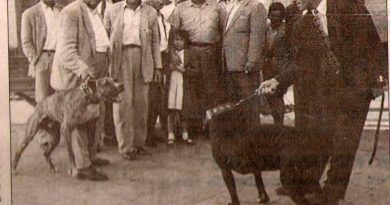 About the Presa Canario dogs on the Islands 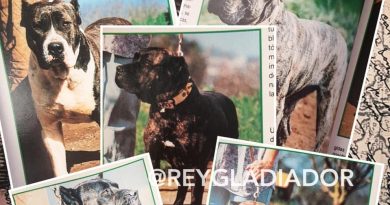 The Perro de Presa Canario is more alive than ever!