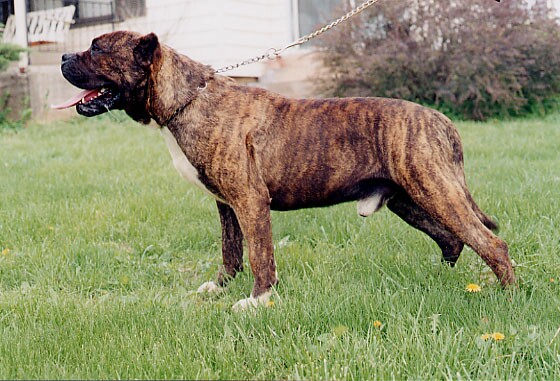 A breeder of over 40 years, aficionado of the bull breeds, breeder of hunting dogs, Bordeaux Mastiffs, American Bulldogs, Presa Canarios, game hens and prize cattle, an executive, farmer, rancher, amateur geneticist, world traveller and family man, Bill Thyfault may be one of the great 20th century American dogmen. Bill was instrumental in getting the National Perro de Presa Canario club involved in the quest to obtain official recognition of the Perro de Presa Canario in the United States. Over the past several months, I’ve been fortunate to speak with Bill on numerous occasions about his travels, his work with the Presa Canario, breeding and genetics, and his love of dogs.

Bill is no keyboard coyboy, and if you want to talk with him, you need to get on the phone or be willing to rely on the good old US Postal Service. A Cajun from Missouri with a prize herd of cattle, three kennels, a family and 100 acres to tend, he has no time for high-tech gadgetry. So for this interview, I sent Bill a few questions which he has answered for the UKCPresa website.

1. Wen did you start breeding dogs? What other animals do you breed? What is your approach to breeding and genealogy?

I bred my first litter (English Pointers) in 1957. Living in western Kansas with terrific pheasant population we could sell green trained puppies to visiting hunters in the fall. I also raised some German Shorthairs & Shorthair Pointer crosses for my own use and for friends. Later I raised Pit Bulls and Pit-Catahoula crosses in Texas, before retiring and starting Guardian Angels Kennel.

I like to line breed because I believe as with any quality program you cannot improve until you can establish uniformity. This is a proven method in all fields of manufacture.

2. Tell me about your trips to Spain, and the dog El Tigre, how you met him. What was it about your encounter at Honto-Bull that sold you on him, his temperament? Which puppies did you bring back?

Godo de Honto-Bull
We met El Tigre in Hontoba, Guadalajara, Spain. He threatened us at the gate, shaking the bars with his teeth. As his owner’s wife came out he got out of the yard, calmly walked over and pissed on our car tires and let us scratch his head. When she got over the shock of him escaping she brought out a leash and El Tigre stood between her and us and when back in his yard warned us off again. I decided right then that I wanted two males for setting a line breeding if they had a good female. They had a great female and I bought Godo and Gordon. I bought Gara (sister of Richard’s G’Kar) and Cora de Casa del Presa (daughter of Tamarán). These when crossed into the Show Stoppers dogs have thrown outstanding pups.

I spent 18 years as general manager of CEL in Mexico. CEL is a Mexican subsidiary of Philips Electronics in Holland. During this time I spent time every month in New Jersey. Here I met Richard Kelly and Bonnie Gordon, registrar for Bordeaux Corp. of U.S. I met people with kennels over the years in Germany, France, Holland, Spain, Belgium, Scotland, as I traveled to Europe about once a month. While trying to track down the Ca de Bou or Presa Majorcan I ran into the Presas in Barcelona while visiting Javier Fernandez and I fell in love with them.

4. What do you think about breed recognition, the UKC, the future of our breed? What would you like to see happen?

UKC is a good repository for the breed. I don’t believe anyone can say that they have hurt the Pit Bull for example. His ability is intact. I would like for people to remember the Presa is also a flock guardian. Hitting sleeves was not what he was bred for for years. Tests solely on this are misleading. Also I believe testing trained dogs does not tell what is in their genetic makeup. My dad would bet he could train a Leghorn rooster to attack in a week. I’ve seen it done several times.

5. What’s your advice for the young breeders starting out today?

1. Visit the parents of prospective foundation dogs. Visit pups from previous litters.
2. Read all you can on whatever breed you’re considering.
3. Build your runs etc. before you get your dogs.
4. Make sure you have adequate capital and time to devote to breeding (my pension supplements the dogs not vice versa).
5. After three years when you know everything find some books on breeding that are twenty years old or older. Read these and look at the ridiculous assumptions and premises they had back then. Now realize what you know as fact will be as ridiculous in twenty years from now.
6. Keep an open mind not only for what you don’t know but for all the things you know that aren’t true.
7. Remember every old breeder will bullshit you. (There’s a difference from bullshit and lying.) Listen to the bullshit and comb out the 2% that can help you. When you can do this you will be on your way. When you get old you can help someone else.
8. Try never to hurt anyone or use anyone.
9. Never sell that special pup. 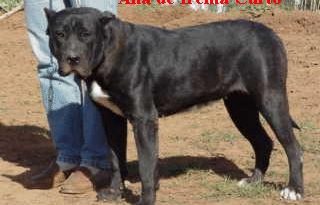 The FCI has recognized the Breed 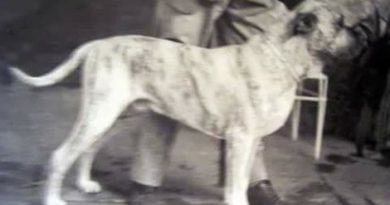